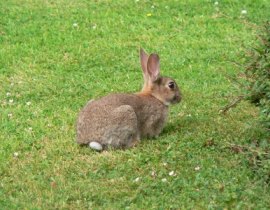 Too many people think rabbits Oryctolagus cuniculus or ‘bunnies’ as they are affectionately called are not pests, however if it is your livelihood they are feeding upon or if you’ll be held responsible should anyone trip in a hole or scrape, then the reality is they are a pest! They are also renowned for they’re ability to damage lawns and flower beds and if you have livestock such as horses, a broken ankle could be a terminal injury.

If you would like to make an appointment, need advice or would like to ask us a question please use the enquiry form or call us on 0800 046 7433.